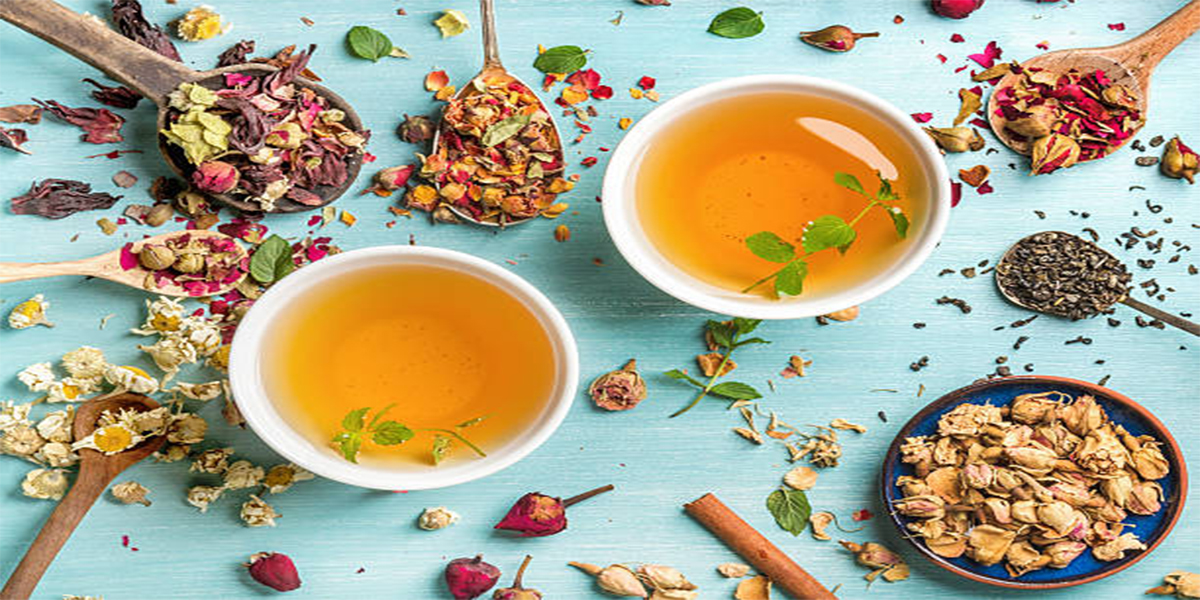 Tea, whether it’s black, green, white, or oolong, hot, or iced — comes from the tea plant, Camellia sinensis. But the herbal kind comes from soaking various flowers, leaves, or spices in hot water. Most of these brews don’t have caffeine. Herbal teas are also called “tisanes.”

It comes from a plant native to South Africa, and the drink there is called redbush tea. It’s caffeine-free and is often touted for its antioxidants. Some researchers believe, based on studies done on animals, that this herb may boost the immune system and help prevent cancer. They are also looking into whether it can benefit your heart and fight diabetes. Check with your doctor before you use it if you have a hormone-sensitive cancer or you’re on chemotherapy.

For centuries, people have used this flowering plant to ease upset stomach, gas, diarrhea, insomnia, and anxiety. Some research suggests that it may help relieve generalized anxiety disorder, but there’s not much evidence to back other claims. You shouldn’t drink it if you’re allergic to ragweed. It’s also known to interact with blood thinners, such as warfarin, as well as some other drugs.

This drink is made from the seed pods of a wild variety of the flower. The plant is a source of vitamin C and may have anti-inflammatory and antioxidant powers. Some evidence suggests rose hips might ease arthritis pain, but researchers want to study the effects more closely. It’s generally safe, though some people have allergic reactions or an upset stomach when they use it.

Upset stomach, headache, irritable bowel syndrome, and breathing problems are some of the reasons people reach for this herb. Drinks made from the leaves have been used medicinally for centuries, but there’s little research to back up any health claims. Peppermint oil in pills or that you put on your skin have been studied a bit more, but scientists need to know more about the benefits. But the brew is safe, so there’s no harm in giving it a try or just enjoying the cool taste.

The drink made from the root of this tropical plant is mainly a treatment for upset stomach and nausea. You might also try it to boost your appetite, to relieve arthritis pain, or to fight a cold. Although some studies show it can fight queasiness, scientists haven’t found much proof of other benefits. This herbal tea is considered to be safe, but if you’re pregnant, you should check with your doctor before you make it a regular part of your diet.

Anxious? Trouble sleeping? Folk wisdom says this herb might be just the thing for you, and there’s some evidence to back that up. It may also improve memory, although researchers want to learn more. You might find it gives you nausea or belly pain, though, so be careful about getting too much or using it for a long period of time.

People use these brews for problems with their liver and gallbladder. Dandelion tea won’t harm you — unless you’re allergic to the yellow-flowered weed — but studies haven’t shown that it’s helpful, either. The main ingredient in milk thistle is called silymarin, and one study found that it may ease symptoms of hepatitis C. Researchers believe it’s safe for most people.

This flower, which originally came from ancient Egypt, produces a red brew full of antioxidants. Some small studies have found that it can lower blood pressure. Could it also cut cholesterol? It shows promise, but researchers want to investigate it more. As long you as you drink it in moderation, it’s considered safe.

Coneflower (its common name) is known as a cold remedy, but science doesn’t really back that up. It does seem to boost the immune system, and researchers are studying it as a treatment for the flu. If you’re pregnant or have allergies or asthma, it’s best to steer clear. It can also affect how well certain drugs work.

People have used this herb for centuries for issues that include stomach problems, sore throats, depression, and memory loss.  Will it really help you with any of those? We don’t know because there’s not much research on it, and the existing studies are flawed. It’s safe to use as a spice or seasoning, but some varieties have an ingredient, thujone, that can affect your nervous system.

Some say this wildflower eases anxiety and helps you sleep, and some research supports those claims. You shouldn’t drink the tea if you’re pregnant. It can affect the way some medicines work, including pentobarbital and benzodiazepines. It might also cause drowsiness, dizziness, and confusion.

It comes from a root that’s related to ginger. People use it to prevent gas and also to treat kidney stones, though there’s no scientific basis for any of that. Studies in animals show that it may help prevent cancer and reduce inflammation, but researchers need to look into those effects in humans. If you’re getting chemotherapy, you should know this herb may interfere with your treatment.

Women use this plant to relieve symptoms of menopause, and you might also take it for insomnia, anxiety, or depression. It hasn’t been studied much, so scientists can’t really say whether it helps these conditions. Some research suggests it might help you sleep. It’s generally safe to use it for a short period of time, but because it might make you sleepy, don’t mix it with alcohol or sedatives.

This member of the pepper family, native to the South Pacific, is often promoted as a tonic for anxiety. Researchers have found that it may give a little relief for that condition, but they’ve also uncovered links to severe liver problems. People who drink a lot of it for a long time may have yellow or dry, scaly skin. The FDA has issued warnings about the risks of this plant, and some countries have tried to remove it from the market.